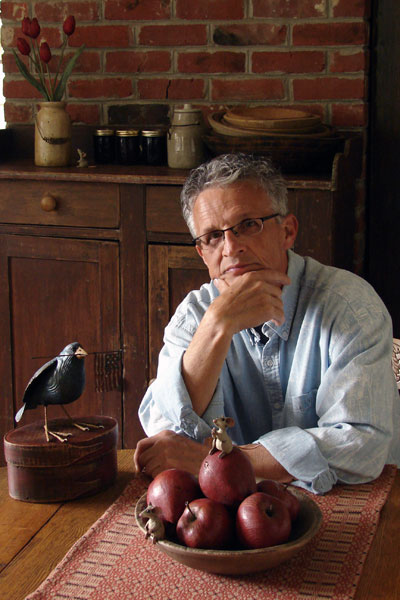 Peter's character is of a quiet nature but he speaks volumes through his carvings. He is self taught and is truly blessed with this talent. His style is Americana and his creations are all about nature. What really makes him a "maverick" of carvers is his choice of wood. Peter carves American chestnut also known as "wormy chestnut," a very rare wood due to its demise from a chestnut blight in the early 1900's. The wood grain is awesome and there are always a few worm holes visible in each carving.

The American chestnut tree once dominated the forests of eastern United States. These weren't ordinary trees, they were towering species known as the "kings of the forest" and the wood was so plentiful. Tragically billions of trees were decimated from the blight and never recovered.

The American chestnut wood that Peter uses in all of his carvings comes from old farmhouses and barns that were built prior to the turn of the century that are now in disrepair and are being torn down. The wood is getting scarce but the hunt is worth it. With each carving Peter tries to preserve the legacy of this great tree, the American chestnut.